The following is an expanded version of the second item from my “Albany Insider” column from Monday’s print editions:

While state Democratic infighting continues, it’s looking like the Republican and Conservative parties will head into the governor’s race unified behind Dutchess County Executive Marcus Molinaro.

The Conservative Party executive committee voted Friday to recommend the party back Molinaro over state Senate Deputy Majority Leader John DeFrancisco at its May nominating convention.

“This was not an easy choice,” Conservative Party Chairman Michael Long said. “Both candidates have had our endorsements in the past.”

Long said Molinaro’s experience as a county executive and former state assemblyman “makes him the all-away-around better candidate to take on Cuomo.”

“He provides the vision to mount a good campaign to take on Andrew Cuomo,” he said.

DeFrancisco had some support in the room, but once it became clear Molinaro was the choice, the vote to recommend him was unanimous, Long said.

Molinaro already has picked up support from enough county Republican chairs to guarantee—if it holds—that he’d be the party’s designated candidate coming out of next month’s nominating convention. DeFrancisco has said he won’t mount a primary challenge if he does not get the GOP nod. 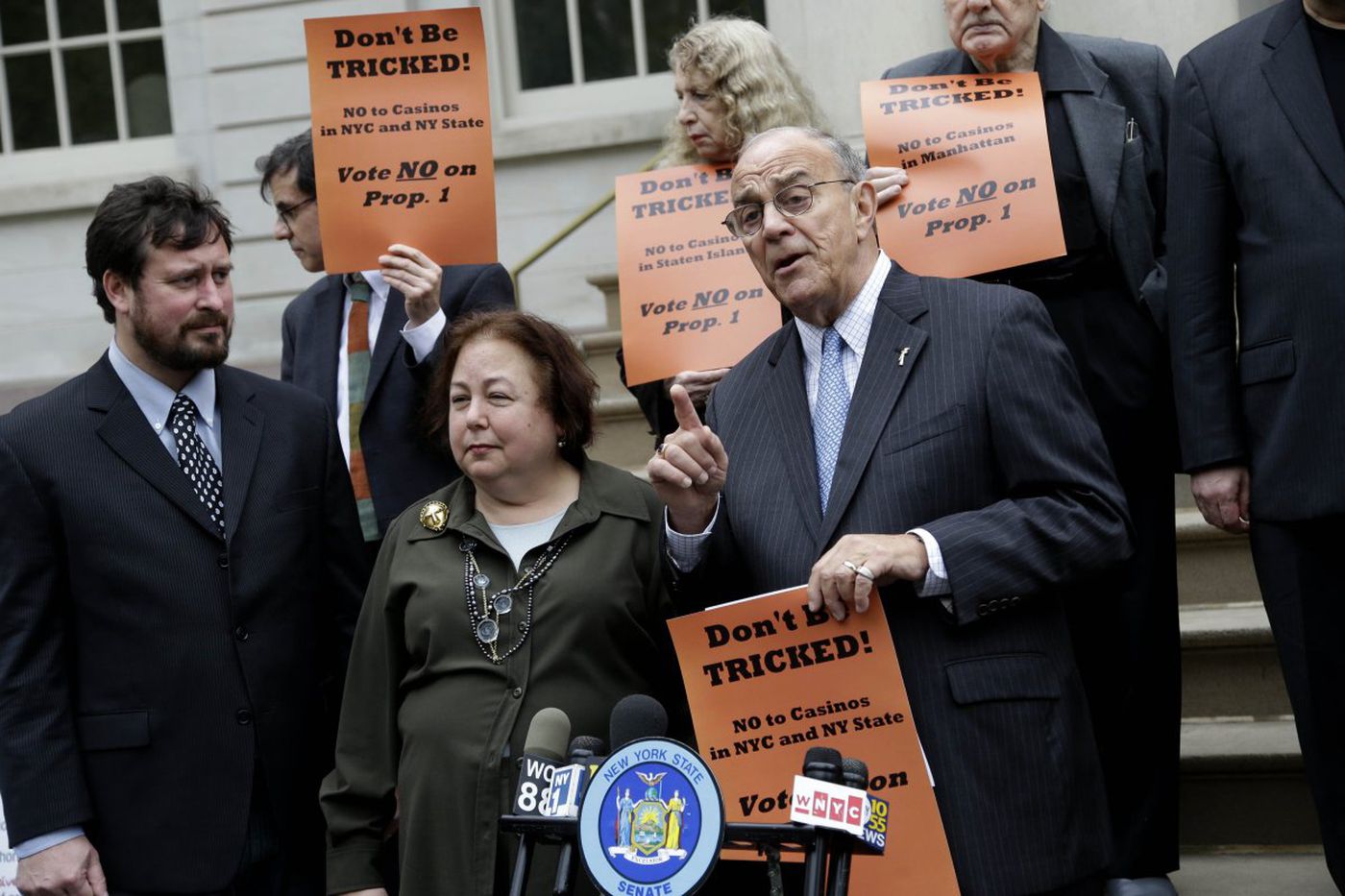 He said it’s important for the Conservatives and GOP to be unified in order to take on Cuomo, who has more than $30 million in his campaign account and far better name recognitition.

“I’m fully aware of all those issues and so are the (party) leaders,” he said. “It’s a tough fight, but (Molinaro) gives us the best opportunity. And I believe Andrew Cuomo is in trouble. I think he knows he’s in trouble.”

Many Republicans and Conservatives believe Molinaro’s chances are boosted by the fact that actress Cynthia Nixon, who is challenging Cuomo in the Democratic primary, has secured the endorsement of the Working Families Party.

Even if she loses the primary but stays on the progressive WFP line, she can draw votes away from Cuomo on the left, which could mean the Republican candidate would need less than 50% of the vote to win.

“That will help Marcus make this race competitive,” Long said.