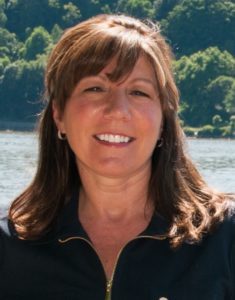 At age 15, Senator Sue Serino went to work to help support her family and never stopped. She spent much of her life working two and three jobs to make ends meet and when she became a working single mom, she took on work as a childcare provider to earn a living while caring for her son.

The daughter of an immigrant father and a hard-working mother, Sue learned early-on the value of homeownership. She entered real estate to help empower others to achieve their own ‘American Dream,’ and found her niche helping first-time homebuyers plant their own roots here in the Hudson Valley.

As a successful small business owner, Sue experienced first-hand the frustration of excessive red tape that hinders economic development. Those experiences propelled her to get involved, leading to time spent on the Hyde Park Town Board and the Dutchess County Legislature before being elected to the NYS Senate.

Sue knows from experience what it’s like to fight tooth and nail to get ahead and that’s what made her who she is today—a strong, compassionate leader driven to do what’s right for our community. As we work to rebuild in the wake of the COVID-19 pandemic, Sue is the leader we need fighting for us. 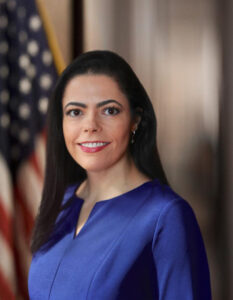 Chele Farley was inspired by her parents to work hard, succeed and help others. Chele’s father was a scientist who encouraged her to study math, science and engineering. Her interest in these fields led her to major in Industrial Engineering at Stanford University and influenced her commitment to
expand educational opportunities in these challenging subjects for all children.

After graduating from Stanford, Chele joined the financial services industry in New York. She worked at UBS Capital and Goldman Sachs before joining Mistral Capital International, which is a private equity investment firm specializing in the real estate and energy industries. As a Partner and Managing Director, Chele was responsible for sourcing, executing and overseeing principal investments around the world. She also is a member of several corporate boards, where she focuses on financial responsibility and limiting spending.

To provide students from all backgrounds with the opportunity to receive an outstanding college education, Chele was the Co-Chair of the East Coast Advisory Board of Questbridge, which partners with 40 prestigious universities and has sent over 10,000 talented low-income students to these schools free of charge. Chele also is a board member of the WordPress Foundation and she’s active with the Alzheimer’s Association and the New York City Steering Committee.

Chele is running for Congress to provide every Hudson Valley family with the opportunity to succeed. By addressing the unfair treatment of New York taxpayers who pay billions more in federal taxes than are returned. Chele will invest in the region’s crumbling infrastructure and advance pro-growth policies that will create jobs. She will work hard to get bills passed to reduce taxes, lower energy costs and institute term limits for federal politicians.

Chele Farley and her husband, Richard, are raising three sons. They live in the Town of Tuxedo in Orange County. 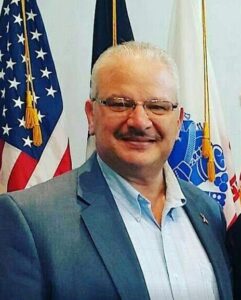 Dean resides in the Town of Clinton with his wife, Susan, and two of their three children. Dean and Susan’s oldest is married with three kids of his own and resides in Poughkeepsie. Dean has served on the town board for over 12 years and was appointed the Deputy Supervisor for the past 3. Dean also runs his own business as an insurance agent and real estate broker in Pleasant Valley.
Dean attended the Wappinger’s Central School System, graduating from John Jay High School in 1979. Dean continued his education attending Dutchess Community College (AS), Marist College (BS) and attainted his Master’s in Business Administration (MBA) from the SUNY Empire State College. Dean has also obtained many certificate’s including a Certificate in Paralegal Studies and Advanced Certificate in Human Resources.
Dean’s has been committed to his community by volunteers on many committee’s and in several organizations. He first started by coaching his son’s baseball team in Hyde Park. He then applied his knowledge and experience by helping others start and manage their business with SCORE, which is a resource agency of the U.S. Small Business Administration. He has served on the Board of Directors of the Mid-Hudson Mortgage Bankers Association for the past 4 years and was a past member of the membership committee for the Dutchess County Realtor’s Association and business education committee of the Dutchess County Regional Chamber of Commerce. Dean was appointed last year to the board of the Dutchess County Resource Recovery Agency. Dean also volunteers for several non-profits like kids with cancer and Pets for Vets. Dean is a member of the Sons of the American Legion and the Pirate Canoe Club.
Dean’s priority issues are lower taxes, reduced regulations, encourage businesses start-ups, personal freedoms and balancing our budget because New Yorkers have been over taxed and over regulated for decades. These two issues have been driving hundreds of thousands of our residents to leave New York. By not reducing the State’s bloated budget, reduce taxes, cut over-regulations and encouraging business and tax payers to stay we will all pay an even higher price to remain here.